I grew up in the country. When October 31 came around, we would get dressed up and take a tour of the countryside, stopping at neighbors’ and relatives houses who were all ready for the “Nichols kids.” I never knew that other kids went to houses where they didn’t personally know the people inside. Sometimes, we even sang a song or sat on the sofa for a while Because we were getting candy and popcorn balls, but we were also giving … a little time for them to treasure.

Well, I didn’t go out to trick, treat, or sing at houses last night… but I did stuff something other than a candy bag – PEPPERS! I used this recipe, but made some serious changes. I didn’t measure anything, for starters. I used fresh tomatoes and brown rice. I threw in some extra spices and (probably the biggest change) I used some peppers we got from my neighbor and I couldn’t tell you exactly which kind they were. 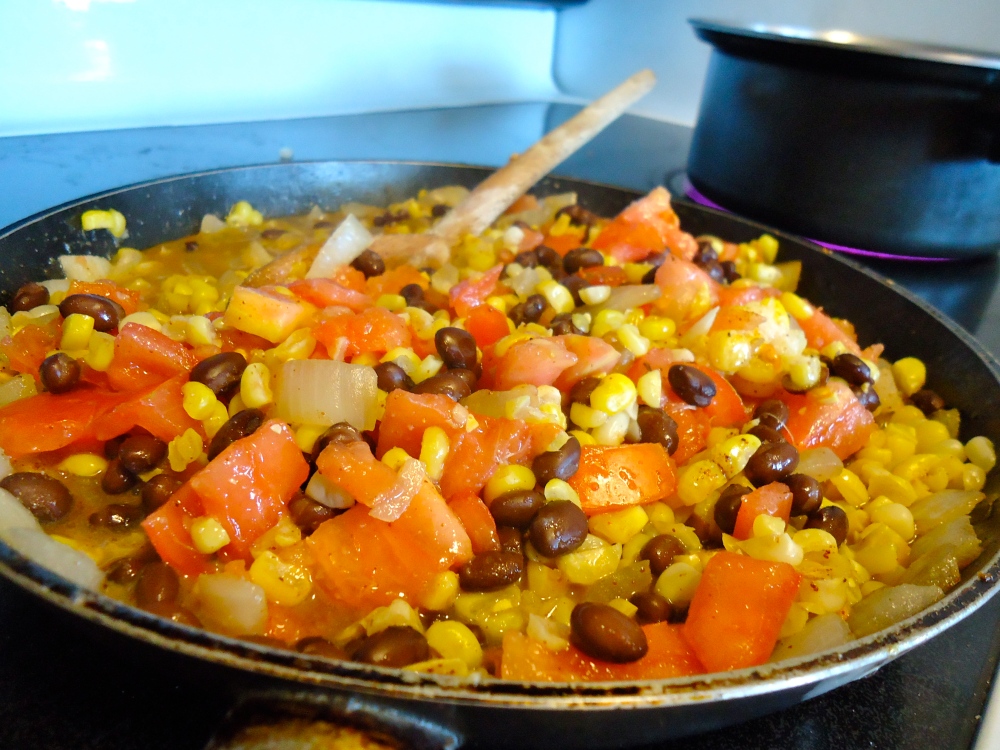 Something funny happened in the middle of making these little guys… I realized it was 3 pm and I hadn’t eaten lunch! Good thing I had a BUNCH of rice mixture left over! I threw some on a corn tortilla, added cheddar and salsa… and 5 minutes later there was lunch!

And then the peppers came out 🙂

I decided to get my community on and head over to my friends’ place to share these peppers and finally watch Tree of Life (terrence malick’s new flim). We ended up putting the rice mixture on top of this baked goodness and then throwing it in for a second baking to melt some cheese on top and dinner happened accompanied by some delightful conversation!

Then we watched Tree of Life.
(more on the Nature vs. Grace discussion in the film to come!)

So, what did you stuff last night? A candy bag? Your belly?

What thoughts have you, dear friends?

Tomorrow, I will write about the Tree of Life. Oh my, is there ever much to say!